Organ Donation in BAME Community in the UK 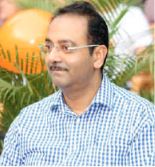 The rate of organ donation in the UK is among the lowest in the developed world. At 63%, the family consent ratio in Britain compares poorly with that in countries like Spain, U.S., Croatia and Portugal, where authorisation rates remain consistently above 80%. Despite changes in policies, clinical practices and an improvement in the overall number of donors in the country over the last decade, three people die every day in the UK due to lack of organs. The paucity of organs is partly attributable to the Black, Asian and Minority Ethnic or BAME communities, who mostly remain opposed to the idea of organ donation due to their deeply-entrenched cultural and religious beliefs discouraging organ donation.

The perceptions and attitudes of Britain’s ethnic minority communities (Asian, Black African, Caribbean, Chinese and Mixed Race) or BAME towards organ donation in particular have long been viewed as a significant challenge to achieving higher rates of consent. As per official data only six out of every 100 people signed up to the NHS organ donor register are from the BAME communities. Notwithstanding the concerted efforts and targeted public awareness campaigns organ donation in the multi-faith and multi-ethnic BAME communities has remained consistently low, largely due to perceived religious, cultural and social beliefs. The families of potential BAME donors are less likely to consent to organ donation after death than those of the white patients. According to the NHSBT on average 65% of minority ethnic families refuse to donate organs as compared to 44% from the white families. This is in sharp contrast to their overrepresentation on the national transplant waiting list. BAME minorities constitute only 11% of the country’s population but make up nearly a quarter of the numbers waiting for a life-saving organ. At 34% the ratio of BAME patients on the kidney transplant waiting list is even higher. This is due to the higher incidence of diabetes, cardiovascular diseases and renal failure among the minority ethnic populations, making them more likely to need transplant organs.

The changes following the awareness of low donation rates have resulted in changes in legislation and campaigns to change the behaviour amongst BAME communities. In October 2017 British Prime Minister Theresa May announced plans to introduce the presumed consent system for organ donation in England. Highlighting the BAME communities’ greater need for organs and transplants due to chronic diseases, she emphasised that the presumed consent model would help save hundreds of lives across the country.

NHSBT has incorporated events and opportunities that facilitate public acknowledgment of BAME Donors and families. The events organised locally or regionally, can be a part of community celebrations and organ donor registration drives, and will give adequate exposure through social and traditional media. Public awareness programmes should be geared towards behaviour change rather than just creating awareness. Equal emphasis will be placed on disease prevention in BAME communities to reduce the number of patients needing a transplant, which in turn can bring down the overall costs of renal replacement therapies such as dialysis, transplantation, and post-operative costs for both donors and recipients.